With Pat's Laser Cuttings I cut buildings and scenery Accessories for Miniature Wargaming out of MDF or Cardboard.

If you spent so much time, love and energy into the building and painting of your miniature models and army's, you also want them to be on the table in such a beautiful environment possible.

Scenery with the best possible detail and no or minimal visible "click-connections" and for example the roofs of my buildings always finished with a roof in relief and not just with a laser line drawn tiles or shingles.

Because of the small-scale approach, there is also room for more than just the standard work.
You are looking for something specific?

A special building or accessories? I do designs on request, which I gladly consult with you how you would have done something.

All products supplies unassembled and unpainted. Any figure models on pictures are for scale purposes only and are not part of the product. 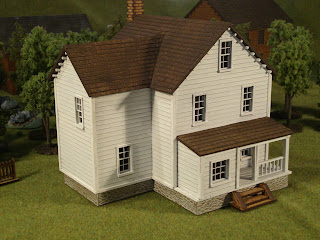 The model will be come with a removable roof to allow models in the inside. 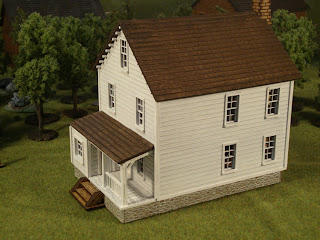 See more of these here 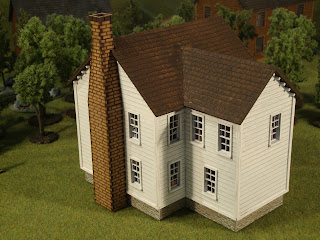 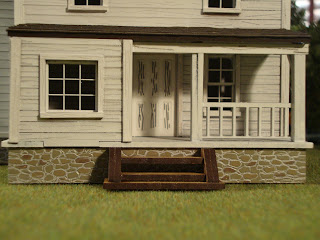 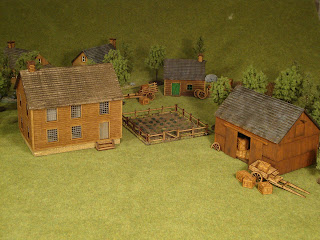 More to read about Williamson's Plantation and Huck's DefeatBattlefield 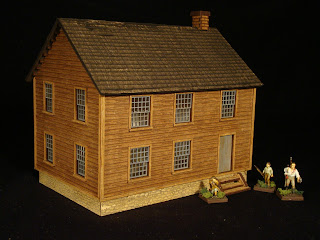 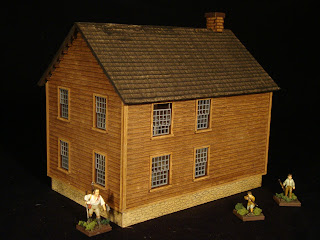 Historical documentation indicates that the James Williamson family settled 300
acres on the South Fork of Fishing Creek in 1766. At the time of the Battle of Huck’s
Defeat in 1780, Williamson’s plantation included a two-story log house, a corn crib, and
a stable or barn, as well as several fruit tree orchards and several fields of oats and wheat,
located on the southern end of the property. Accounts of the battle indicate that the action
began several hundred yards south or southeast of the Williamson home and moved in a
northwest direction, with the final phase of the battle taking place around the Williamson
house as Whig militiamen engaged mounted troops of the British Legion cavalry.
Casualties from the battle (most of whom were British or Loyalist) were buried on site in
an unknown number of graves, possibly on the southern end of the property. 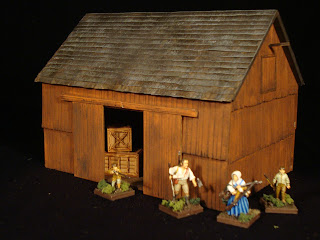 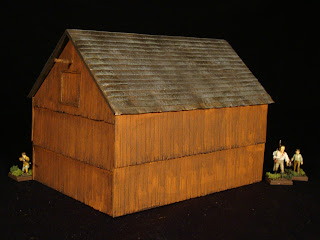 The English barn prevailed in the 17th and 18th centuries
The architectural form colonists brought to the New World is called the English barn. These structures typically featured three bays—three framed sections, each defined by vertical timbers. (In post-and-beam construction, heavy framing timbers are joined and pinned together and then braced, forming the equivalent of a very sturdy box.) The center bay served as the drive, the place where carts of hay were brought in to unload and where farmers threshed grains and husked feed corn. The end bays were called “mows” and were used for grain storage and housing for livestock.  In England, both mows were for grains as livestock was kept outside, but the cold New England climate led to storing grains in one mow and sheltering livestock in the other. 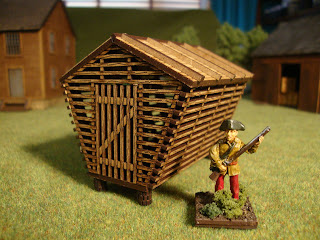 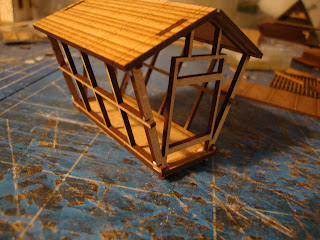 A corn crib is a type of granary used to dry and store corn.
After the harvest, corn, still on the cob, is placed in the crib either with or without the husk.
The typical corn crib has slats in its walls to allow air to circulate through the corn, both allowing it to dry initially and helping it stay dry. The slats expose the corn to pests, so corn cribs are elevated beyond the reach of rodents.
Corn cribs were first used by Native Americans and were quickly adopted by European settlers.

How to Build Williamson´s Plantation 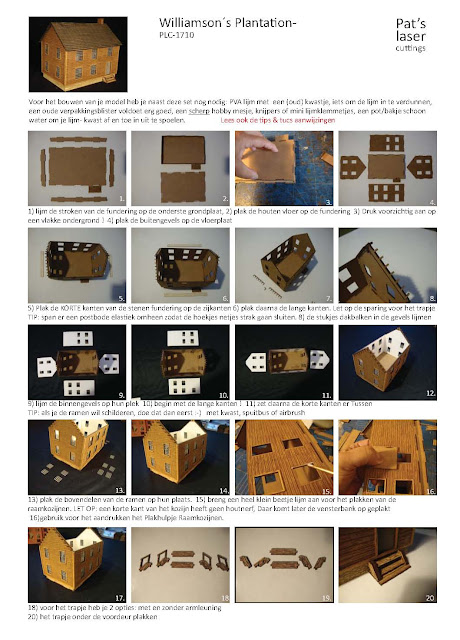 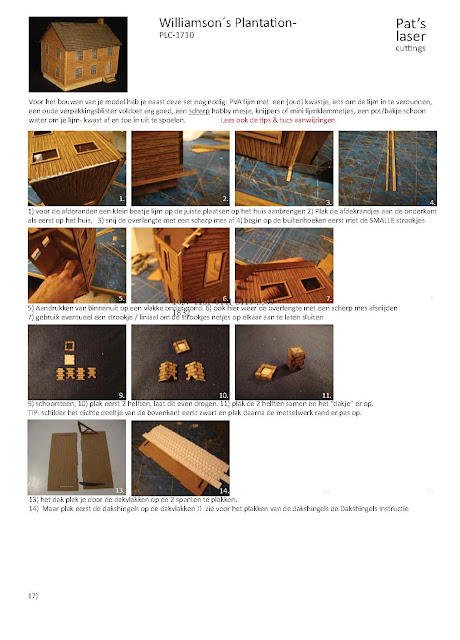 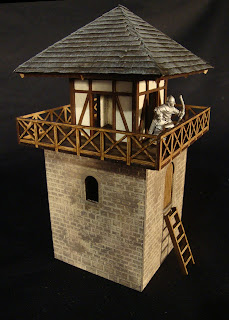 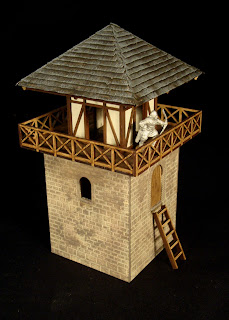 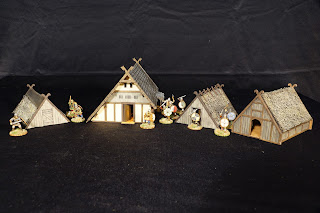 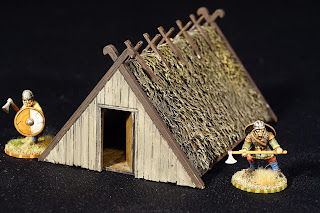 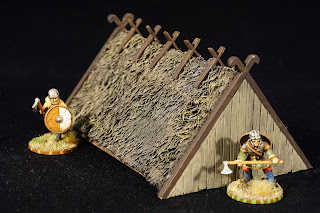 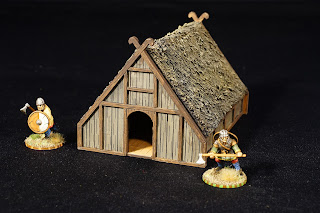 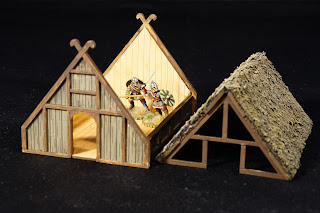 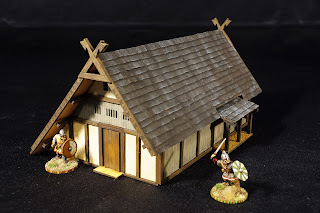 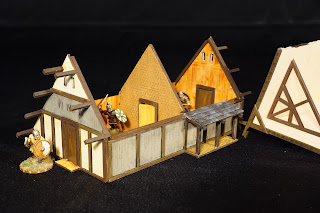